Ian Geoffrey Fitzpatrick Holen was born on October 1, 1983 in Kerrville, Texas. He passed away unexpectedly on Friday, June 17, in St Paul, Minnesota, at the age of 38 years.

Ian’s first years were spent in Bandera, Texas. Our family was surrounded by loving friends and neighbors and people who were planning his life as the next Rodeo Champion of Bandera County. From the age of five, he lived in Elk River, Minnesota and grew up playing hockey, football, and baseball. He lived at the rinks and fields with his brothers and friends. It was through that passion and dedication he played on many outstanding athletic teams and finished his high school years on the Elk River State Championship Hockey Team in 2001 (the first one in the Bergland family).

Upon graduating high school, he attended college and ultimately graduated with a history/multi-cultural degree from Moorhead State University. He worked for the City of Thief River Falls at the Ralph Engelstad Arena in the summer. He was called to teaching, attending and graduating from the University of North Dakota with a degree in Elementary Education. It has been very meaningful for our family that many of his former professors and colleagues reached out to us and a few comments are worth sharing. One of his professors commented in this way, “Ian often quoted Joseph Campbell in class with his favorite quote being, “Follow your bliss.” Another mentioned, “Ian was a kind and beautiful soul, he did so much for others through his teaching. He’s leaving a heart shaped hole in this world.” And multiple others called him “A fine young man.” A number of people stated he was a great philosophical thinker. “His short life had a true and purposeful meeting”. As well, a former administrator said, “Mr. Holen is a Pied Piper for children.” Notes from former students are heartful and too many to mention.

Graduating in December, he subbed in the Thief River Falls Public Schools until he took his first position with the Newfolden, Minnesota School District. He was a coach in the area and had a special interest in working with pole vaulters. Eventually, he fell in love with the City of St. Paul and called it home for many years. Throughout his time in St. Paul, he worked within the Minneapolis Public School System, as well as participating in church groups, and working with at-risk kids and adults. He found time to travel and had an adventurous spirit. He often said the most peaceful place that he had ever been was on a mountaintop out west.

Ian had a great love and adoration for his immediate and extended family, all of humanity, and the animal kingdom. Whether it be fishing in the Sea Monster with Grandpa Dick and/or Shane, or reenacting movie quotes with his cousins, he often had everyone laughing to the point of tears, feeling happier than when they came. Ian was concerned with everyone’s happiness and found a way to bring joy to all through his innate love. He oftentimes said, “Are you happy today?”

Our hope is that all people along with our family will continue to spread Ian’s message of Peace, Love, and Happiness for the rest of our time on this planet. This we do to honor Ian. Loren, Jodi, Alec, Barrett, Michaela, Carlos, and Lucy the dog.

A Homegoing Celebration of Ian's life will be held on Friday, June 24 at 2:00 p.m. at Zion Lutheran Church in Amor, Minnesota. Visitation will be one hour prior to the service. Rite of Christian burial will be in the churchyard after the service. 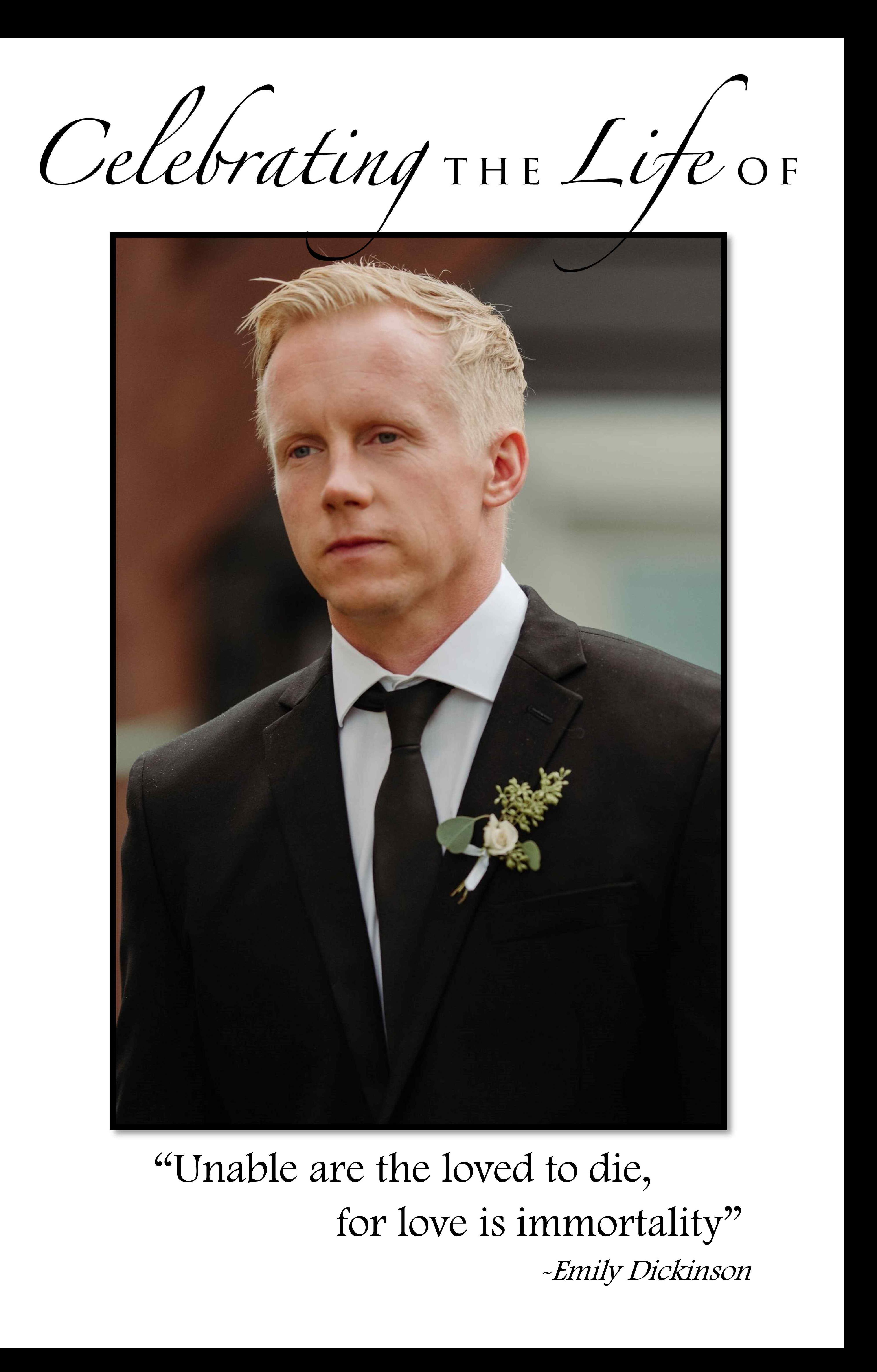 To send flowers to the family or plant a tree in memory of Ian Geoffrey Fitzpatrick Holen, please visit our floral store.

A Memorial Tree was planted for Ian